The basics about the spruce bark beetle

There are over 6,000 species of bark beetles in the world. Most of them are innocuous dwellers in decaying bark and twigs. A few species however have evolved the capacity to coordinate mass attack on weakened host trees. These species mostly belong in the genera Ips and Dendroctonus.

There is a Way to make this better

The adult beetles find weakened trees by smell. They burrow under the bark and lay eggs. The larvae feed on the phloem layer.

Healthy spruce trees produce enough sap that they can fight off bark beetles. It's only when stressed from things like drought that the beetles can attack and kill a tree, or when there are so many bark beetles that they can overcome a healthy tree.

They are attracted to pheromones

Adults release pheromones to attract more individuals to a host tree. This is called a mass attack. This also means you can attract beetles with bait stations using the same pheromones.

In Europe, the most notorious “pest” is the spruce bark beetle Ips typographus. In natural forests, this beetle is a keystone species, which means that despite its small size it plays an outsized role in the maintenance of the ecosystem: it prevents the European forests from becoming dominated by spruce. It supports a vast array of other life forms, ranging from fungi, predators and parasitoids under bark of dead trees, to owls and deer which thrive in the patchwork of forests, forest clearings and regenerating stands.

The European landscape no longer works according to natural processes; it has been dramatically changed. Generations of foresters planted homogeneous stands of uniform-aged spruce plantations, in which this beetle is capable of enormous outbreaks. This becomes particularly notable at times when many stands are mature, and stressed by drought and elevated temperatures. The spruce beetle has become the epitome of an Anthropocene pest: its outbreaks are the result of human-altered landscape and climate. Rather than calling it the “beetle outbreak”, some scientists are starting to call this issue “the outbreak of spruce”.

In the recent years, as the impact of unpredictable climate has intensified in Europe, there has been an unprecedented wave of spruce mortality. In 2019,  the beetles killed over 22 million cubic meters of spruce in Czechia and 11 million in Germany. Since 2018, there is a glut of unprocessed spruce timber across Europe, which made lumber prices extremely volatile from year to year. The outbreak triggered political conflicts in Germany, Poland, Czechia and Slovakia.

European forests also used to be reliable lungs of the planet: they stored atmospheric carbon and retained water in the soil. With so much sudden mortality of the spruce plantations, however, European forests are now a source of carbon, the stands are drying up, and the soil is eroding.  The net carbon balance of the Czech country’s forests in 2019 was about negative 13 megatonnes. 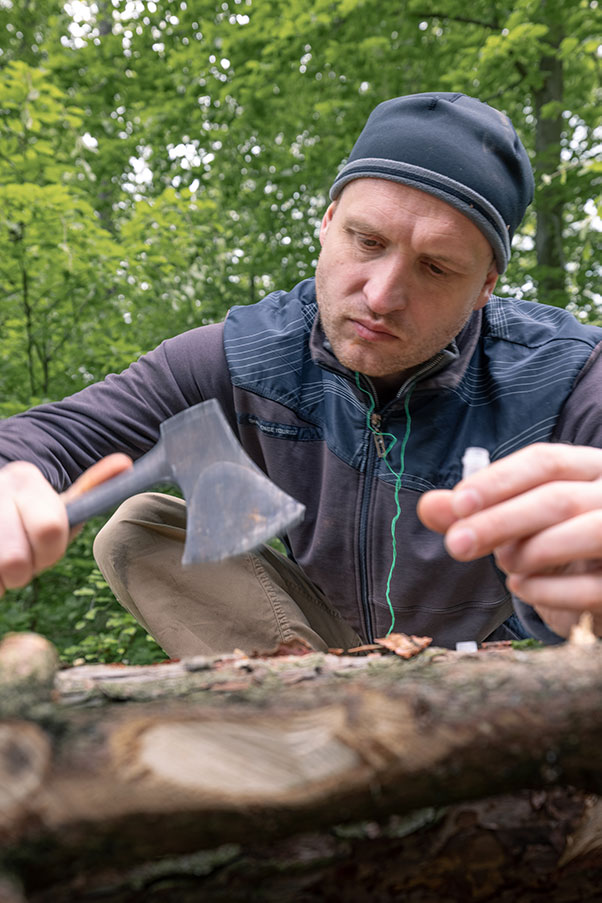